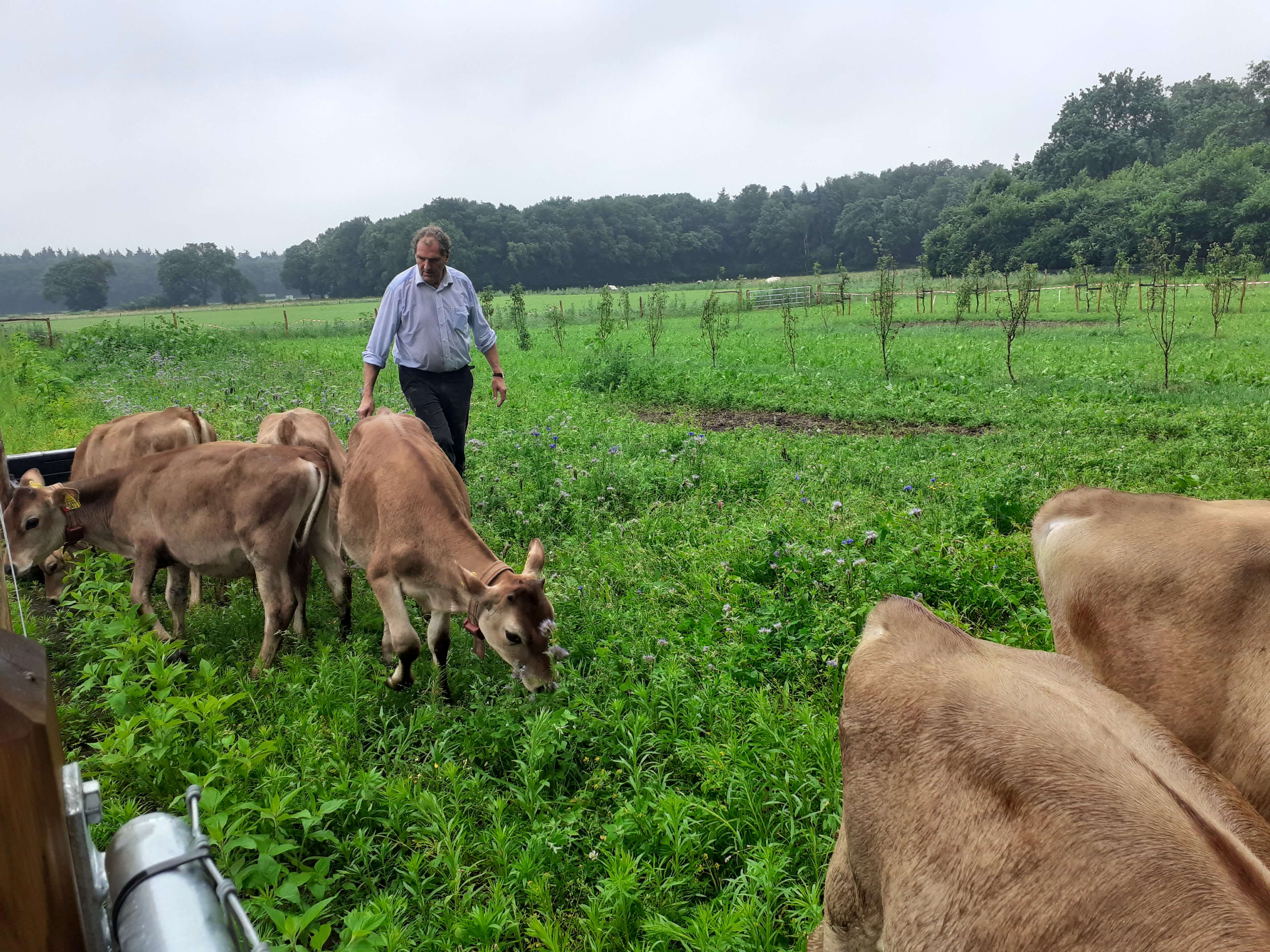 New opportunities for surplus Jersey steers.  Jersey is a small, quirky cow that gives extra full-fat and tasty milk with more fat and protein than other dairy cows. Due to the somewhat frail build of these animals, the steers of Jersey dairy cows have a lower birth weight and little predisposition for introducing (a lot of) meat.
‍
‍This makes them uninteresting for the veal calf trade. ”That's a shame, because we believe that steers should absolutely not be a waste product. In order to give milk, a cow has to give birth to a calf once a year, so it is inevitable that steers are also born.” Fifty percent of the calves born are steers. That is why DID-IT BV in Nijkerk started as a pioneer, together with the organic Jersey dairy farm of the Henri Willig family from Katwoude, a project that takes care of Jersey steers and feeds organic milk for the first three months at the barn of the organic DID-IT farm on the Voorthuizerweg in Nijkerk. After that, the animals switch completely to organic roughage and pasture grass and they remain on the farm until the age of 20 to 24 months in order to grow into full-fledged meat animals. There are 20 dairy farms (holders) in the Netherlands that keep Jerseys, five of which are organic, so Willig is one of them.

Jersey steers are normally removed, slaughtered and processed into animal feed two weeks after birth. This is a method of animal husbandry that is increasingly rejected by society and seen as unethical. We fully agree with this and want to set an example of how things can be done differently. Approximately 20 purebred Jersey steers are born every year on Willig's farm. As mentioned, the steers are too small for conventional calf fattening and so they are not taken for that purpose. The steers born at Willig in February, March and April will be cared for at DID-IT's farm for the first time this year (2021). Antibiotics are not used. The animals are kept in a spacious straw barn until the grazing season. In addition, the steers have unlimited access to organic hay and an organic herbal mixture supplied by the Bio Mühle of Hubert Cremer from Kleve, Germany. Because DID-IT wants to keep the farmyard on the Voorthuizerweg open to the public (including school children), it has been decided to keep the animals as ox, they are castrated as this provides more safety. Oxen are calmer and have much less urgency to fight among themselves in groups and injure each other with their horns as a result. An open  barn with lots of straw is a healthy and very animal-friendly way of keeping calves. Later as adults, they can also show maximum natural behavior and live in small groups according to their nature. Ultimately, after more than 20 months, this will result in exceptionally tender and tasty meat with a high Omega-3 content that, according to experts scores as the best. Instead of many kilos for a low price, this is a higher segment in quality and price. We believe that organic Jersey meat, from animals that are discarded in the conventional system after barely two weeks of life, has absolute potential in this way, provided we are able to tell the whole story to the consumer.